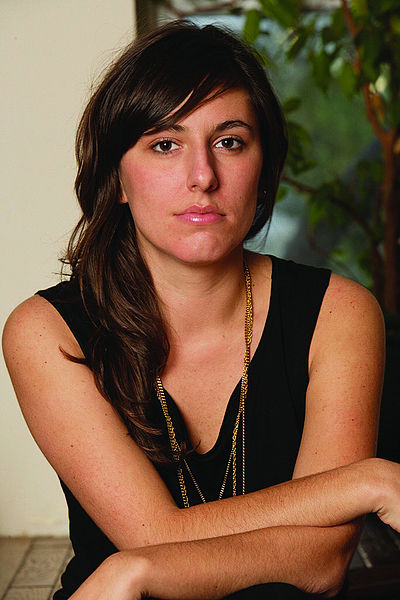 This Friday, August 24th, I’m thrilled to welcome Jessica Valenti, writer and founder of feministing.com to Sex Out Loud. Jessica Valenti will talk to us about her latest book, The Purity Myth: How America’s Obsession with Virginity Is Hurting Young Women, which was also turned into a documentary. We’ll discuss abstinence-only education, recent attempts by legislators to control women’s reproductive health care, and long term effects of the current climate on women and sexuality. I will also talk with Jessica, author of Full Frontal Feminism: A Young Woman’s Guide to Why Feminism Matters, about her experiences as a feminist writer and activist, and where she thinks the next generation of online organizing will lead us. Tune into our show at 8 pm ET / 5 pm PT.

Jessica Valenti – called one of the Top 100 Inspiring Women in the world by The Guardian – is the author of three books: Full Frontal Feminism: A Young Woman’s Guide to Why Feminism Matters, He’s a Stud, She’s a Slut…and 49 Other Double Standards Every Woman Should Know, and The Purity Myth: How America’s Obsession with Virginity is Hurting Young Women which has been made into a documentary by the Media Education Foundation. She is the editor of the anthology Yes Means Yes: Visions of Female Sexual Power and a World Without Rape, which was named one of Publishers Weekly‘s Top 100 Books of 2009.

Jessica is also the founder of Feministing.com, which Columbia Journalism Review calls “head and shoulders above almost any writing on women’s issues in mainstream media.” Her writing has appeared in The Washington Post, The Nation, The Guardian (UK), The American Prospect, Ms. magazine, Salon and Bitch magazine. She has won a Choice USA Generation award and the 2011 Hillman Journalism Prize for her work with Feministing. She has appeared on The Colbert Report and the Today show, among others, and was profiled in The New York Times Magazine under the headline “Fourth Wave Feminism.”

Jessica is also a widely sought-after speaker who gives dozens of speeches at universities and organizations in the U.S. and abroad. She received her Masters degree in Women’s and Gender Studies from Rutgers University.