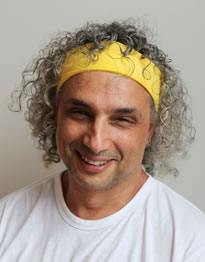 This Friday at 5 pm PT / 8 pm ET, a new episode of Sex Out Loud is taking on an unexpected topic. Internationally accredited, widely-published investigative reporter Eric Francis Coppolino offers a clear, original analysis of world events through the lens of astrology. He’s been reporting on breaking news stories as an astrologer since 1995 and last year Francis called on astrologers at the United Astrology Conference to start including more sex and relationship education to their work. Tristan will talk to Eric Francis about his work, sex-positive chart readings, polyamory, and more. Be prepared to have your views and assumptions on astrology expanded and challenged!