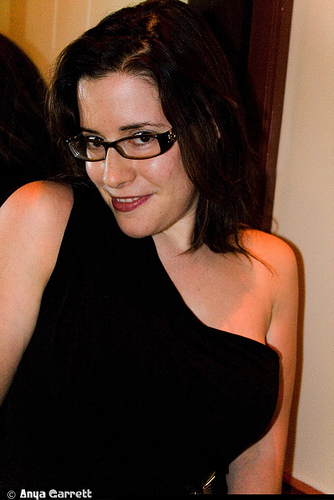 Rachel Kramer Bussel (rachelkramerbussel.com) is a New York–based author, editor and blogger. She has edited over forty books of erotica, including Anything for You: Erotica for Kinky Couples; Suite Encounters; Going Down; Irresistible; Gotta Have It; Obsessed; Women in Lust; Surrender; Orgasmic; Bottoms Up; Spanked: Red-Cheeked Erotica; Fast Girls; Smooth; Passion; The Mile High Club; Do Not Disturb; Going Down; Tasting Him; Tasting Her; Please, Sir; Please, Ma’am; He’s on Top; She’s on Top; Caught Looking; Hide and Seek; Crossdressing; Rubber Sex, and is Best Sex Writing and Best Bondage Erotica series editor. Her anthologies have won 8 IPPY (Independent Publisher) Awards, and Surrender won the National Leather Association Samois Anthology Award. Her work has been published in over one hundred anthologies, including Best American Erotica 2004 and 2006 and Zane’s Chocolate Flava 2 and Purple Panties. She wrote the popular “Lusty Lady” column for the Village Voice.